In order to proceed with writing a simple robot simulator, there are a number of mathematical concepts that must be introduced before we can describe the motion of a manipulator.

In this post, I’ll be pulling sections from my PhD notes which, in turn, were largely taken from the excellent introductory text Modeling and Control of Robot Manipulators.

The resulting simple geometry module introduced at the end of this post can be found in this GitHub commit.

The translation of frame with respect to frame is

which can be written, in terms of the axes of the fixed frame, as the vector .

These relations can be expressed compactly in the rotation matrix

This matrix simply describes the body frame’s axes in terms of the axes of the fixed frame. The rightmost expression can be verified by substituting in the definitions of , and from above and using the fact that these axes vectors are mutually orthogonal (actually, mutually orthonormal since they are unit vectors). This means that dot products between different axes vectors are zero, eg if we denote , and instead by , and respectively:

Also recall that the dot product can be written

where is the angle between the vectors. Since the axes of both body and fixed frames are unit vectors, we can rewrite the orientation of the body frame as

Now, let’s take a quick look at propertis of the rotation matrix and how it’s used.

Recall from above that the columns of the rotation matrix were said to be mutually orthogonal - we call this an orthogonal matrix which has the special property that its inverse is equal to its transpose:

This makes transforming between frames easy and computationally-efficient. In addition, as was mentioned above, the columns of a rotation matrix are all unit vectors. This means its columns are mutually orthonormal, or in other words, is an orthonormal matrix.

Representing a vector in different frames

Consider two frames with the same origin but different sets of unit axes, as shown below.

This is, from above, ; is the rotation matrix which transforms the vector from the second frame to the first. Since is orthogonal, the inverse transformation is .

Note that since is an orthogonal transformation we have

The matrix therefore does not change the norm of the vector but only its direction, which is a property we expect from pure rotation.

Consider a point in space and its representations in the frames , and having a common origin . We introduce the noration to denote the rotation matrix describing the orientation of frame with respect to frame ; then we have

We also have, using the equation above,

Finally, we can write

From the above equation it is obvious that we must have

There’s a LOT more to be said about representing rotations in three dimensions, but that will have to wait for a dedicated post. For now, the point is that we understand what a rotation matrix is and how it’s formed from the axes of the fixed frame and frame of interest (here, the frame attached to a rigid body).

We’ve seen what it means to express the translation and rotation of one frame with respect to another, but for the sake of convenience we’d like to be able to desribe the full pose in one mathematical expression.

The position of point P in Frame 0 is then

This specifies a coordinate transformation of a vector between the two frames. The inverse transformation comes from premultiplying both sides of the above equation by and solving for ; this leads to

and, for the inverse transform,

Successive homogeneous transformations are composed in the same manner as for rotation matrices:

As before, note that post-multiplication is used because these matrices are all defined with respect to the preceding frame in the chain - this will be useful in defining a systematic way to transform between links of a robot manipulator. When transformations are all defined relative to the same fixed frame, we pre-multiply them as was done for pure rotations above.

Now that we’ve introduced homogeneous transformations to represent rigid body pose, let’s start to implement a basic geometry module which we’ll call geometry.py. The following is the first-pass at a HomogeneousTransform class which allows for simple representation and manipulation of a rigid body pose:

This class stores the transformation internally as a numpy matrix but provides direct access to the rotation and translation components as needed for general use. The inverse transformation is computed as introduced in the theory above, and multiplication has been overloaded for composing successive transformations.

This is by no means a complete homogeneous transformation class; we’ll expand it in future posts as needed. Rotations in particular can be very tricky, though, and adding new functionality to this geometry module could mean that we accidentally break old functionality. For this reason, let’s quickly introduce unit tests in our python project.

First of all: what is a unit test? Very simply, it’s a layer of software testing which ensures that a small piece of code (or unit, for example a single function/method) generates an expected output for a known input. This allows us to test that low-level functionality of code does not change in unexpected ways as the codebase evolves. Unit tests are often run automatically on the server containing the codebase whenever new changes are pushed to ensure nothing has broken. 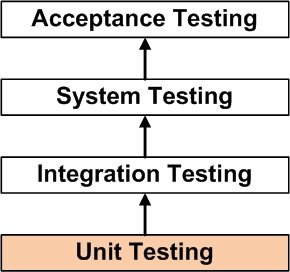 Unit testing is just one level (the lowest) of software testing; after testing individual units, we can test them in groups for integration and then system level testing and so on.

There are a couple of ways to implement unit tests in python, including the built-in unittest framework and the popular pytest framework. We’ll stick with pytest here as it seems to be the more popular choice as of this writing.

First, we need to create a test directory inside the project, and add a blank initialization file to it:

Now, we add a file called test_MY_UNIT.py where MY_UNIT describes whatever you’ll be testing - for example, we’ll add test_geometry.py for geometry module tests. In that file, we add the following:

Here we added a single unit test for the HomogeneousTransform class which checks that a randomly-generated transform, multiplied by its inverse, results in (something very close to) the identity transformation. This is just one example of a decently-comprehensive unit test for this class: it involves initialization of an object, inversion of its transform and overloaded multiplication.

To run this test - and any others we add later in new test_MY_MODULE.py files in the test/ directory, we simply run

That’s it! You should see some output confirming that the test passed. Yay!

Aside: switch to python3 (if you haven’t already)

To take advantage of some python3-specific unit testing features, we need to ensure the existing python simulator runs with python3 instead of python2. First, we make sure python3 is the default (assuming it’s installed already) by adding the line

To the .bashrc file. Re-source this file again and subsequent calls to python should call python3. Next, we need to install some python3 versions of Qt and OpenGL as follows:

We introduced the basics for 3D geometry, including rotations, translations and homogeneous transforms. We then wrote a simple geometry module containing a homogeneous transformation class and a unit test for it. Next time, we’ll build on this foundation to derive the kinematics of arbitrary robot manipulators and implement a python kinematics module.